Pick-up and drop-off within Busan city.

※ The tour course will guide you through the course you want.

※ you can do it in a day tour or two days tour.

Gyeongju was the capital of the ancient kingdom of silla , which ruled about two - thirds of the Korean peninsula at it's height between the 7th and 9th centuries, for close the one thousand years. Known as 'the museum without walls ', Gyeongju has more tombs, temples, rock carvings, pagodas, Buddhist statuary and palace ruins than any other place in south Korea. it's a lovely city, stuffed to the gills with history. 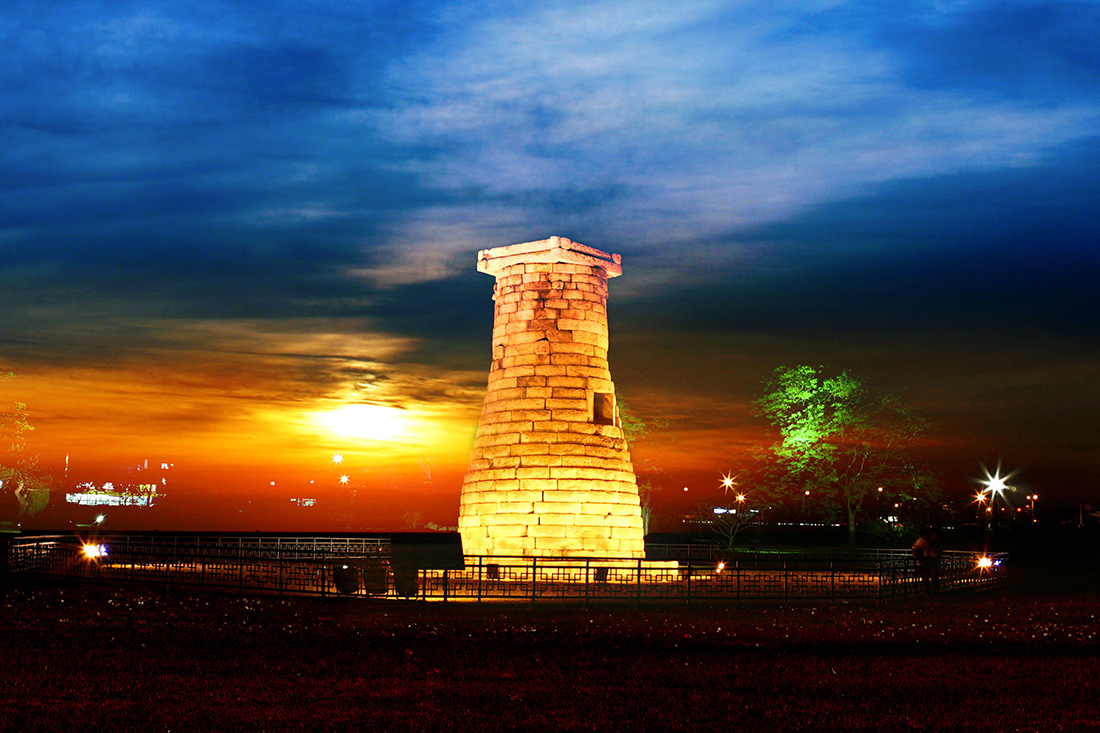 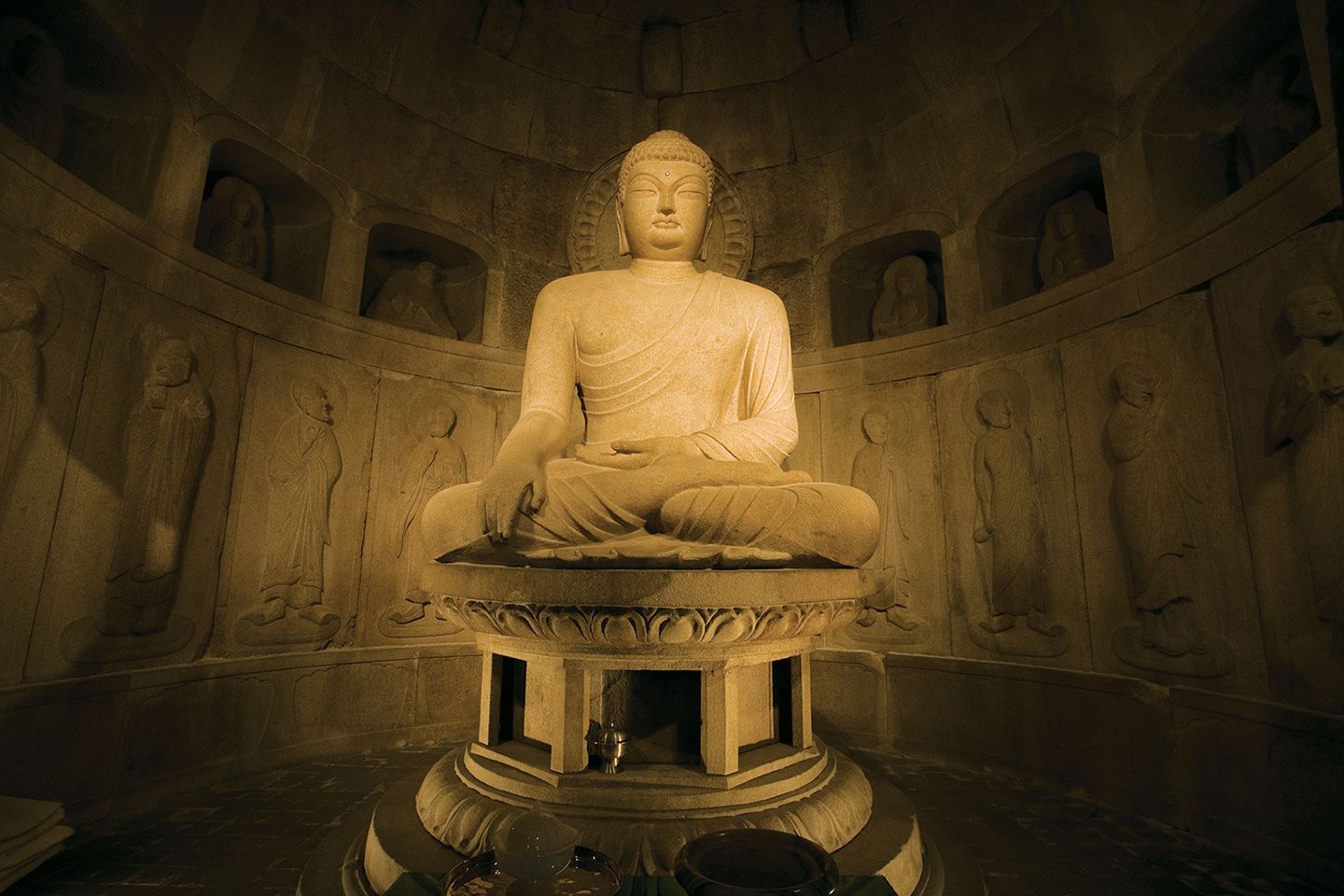 The Seokguram Grotto is a hermitage and part of the Bulguksa temple complex.

It lies four kilometers east of the temple on Mt. Tohamsan, in Gyeongju, South Korea. It is classified as National Treasure No. 24 by the South Korean government and is located at 994, Jinhyeon-dong, Gyeongju-si, Gyeongsanbuk-do. The grotto overlooks the Sea of Japan (East Sea) and rests 750 meters above sea level. In 1962, it was designated the 24th national treasure of Korea. In 1995, Seokguram was added to the UNESCO World Heritage List together with the Bulguksa Temple. It exemplifies some of the best Buddhist sculptures in the world.

The Seokguram grotto is said to have been built by Kim Daeseong and originally called Seokbulsa (석불사, Stone Buddha Temple). Construction began in 742 when Kim Daeseong resigned his position in the king's court or in 751, the 10th year of the reign of King Gyeongdeok of Silla. This time period was the cultural peak of Unified Silla. The grotto was completed by the Silla court in 774, shortly after Kim's death. An old legend stated that Kim was reincarnated for his filial acts in his previous life. The legend relates that the Bulguksa Temple was dedicated to Kim’s parents in his present life while the Seokguram Grotto was dedicated to Kim's parents from a previous life.

The grotto is currently one of the best known cultural destinations in South Korea. A viewing of the sunrise over the sea, which is visible from near the seated Buddha's perch, is especially popular. 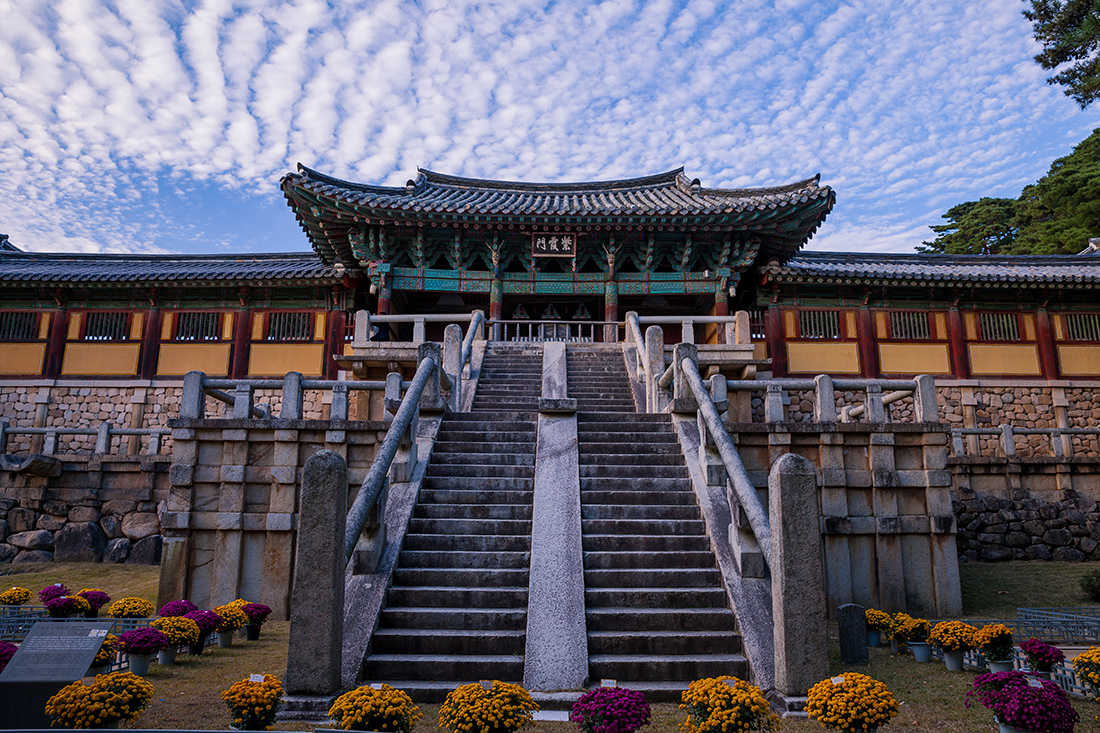 Bulguksa is located on the slopes of Mount Toham (Jinheon-dong, Gyeongju city, North Gyeongsang province, South Korea). It is a head temple of the Jogye Order of Korean Buddhism and encompasses seven National treasures of South Korea, including the Dabotap and Seokgatap stone pagodas, Cheongun-gyo (Blue Cloud Bridge), and two gilt-bronze statues of Buddha. The temple is classified as Historic and Scenic Site No. 1 by the South Korean government.[1] In 1995, Bulguksa was added to the UNESCO World Heritage List together with the Seokguram Grotto, which lies four kilometers to the east.

The temple is considered as a masterpiece of the golden age of Buddhist art in the Silla kingdom.[2] It is currently the head temple of the 11th district of the Jogye Order of Korean Buddhism.